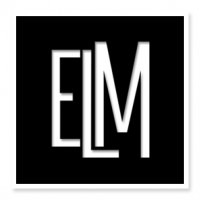 Edgar L. Milsted founded WMK Woodmark Studios as a means to present his collaborative work with those artisans whose bios are found on this page. Ed grew up on a sizable old family farm near the small town of Warsaw in the Northern Neck of Virginia. Well removed from the road and surround by fields and forest, Milsted considers himself to have had a near idyllic youth punctuated by a lot of hard work.

An international studies and creative writing background belies his lifelong fascination with architecture. The loss of his family’s ancestral home to fire inspired Ed to learn architecture and carpentry as a means to build a house with family meaning on a modest budget. He taught himself many of the trades to construct the house and began working for local architects during the construction process.

Milsted brought in portable band saw mills several times since the late 1990’s to deal with significant numbers of storm thrown quality hardwoods. Hurricane Irene knocked down over 200 sizable hardwoods in an area of forest previously thinned to encourage improved hardwood quality. It was at this juncture that Ed seriously researched milling for the furniture industry and began a design dialogue with Lewis Trimble whose decorative arts and antiques shop in Kilmarnock now carries some of WMK Woodmark Studios’ creations.

The results of our collaborative efforts are found within the various pages of this website. Edgar L. Milsted initiates designs, works out logistics, sands and finishes items found on this website, and writes the blog. 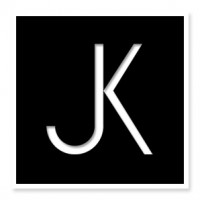 Joe Konopka spent the better part of his 20’s hiking and climbing the Appalachians while planting trees in seven states. After planting his millionth tree, Joe left the mountains to become a carpenter and eventually, a contractor. Drawn to the Arts and Crafts movement and the work of George Nakashima, Joe eventually found his calling to be furniture construction and design.

The difficulty in finding quality lumber compounded with the high expense, inspired Joe to become an independent sawyer. He invested in a sizable portable Woodmizer sawmill, an older dump truck equipped with crane, and set out on a six year expedition reclaiming fallen trees from around Richmond Virginia. He milled specifically for the furniture market, carefully air-drying the resulting lumber for future usage. Near the end of his sixth year of milling, he worked with Ed Milsted on his milling project in the Northern Neck of Virginia.

Soon thereafter, Joe sold his mill and began honing his design and joinery skills by creating nearly fifty original pieces. Joe has a great appreciation for the grain and figure found within trees and his experience as a miller helped to hone his creativity. His shop is located near Richmond International Raceway. Examples of his work may be found here and he also sells lumber by appointment. 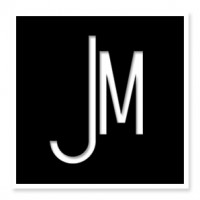 John Morgenthaler’s ancestors immigrated to New York and eventually started architectural woodworking and piano building facilities in Brooklyn. John grew up on Long Island and studied engineering for a period yet found his inspiration to be the construction of multi-hull sailboats. He built boats and high end homes around New York and eventually decided to venture south along the intercostal waterway.

During his journey along the east coast, John found himself building another multi-hull sailboat in the Northern Neck of Virginia, met and married his wife Olivia, and now calls this area home. His thirty plus years of carpentry experience ranges from boat construction and repair through the entire range of residential construction and restoration. Ed Milsted solicited John’s help with custom cabinetry on a family house he was building years ago and has considered John his carpentry guru ever since.

John has both an analytical mind and a creative eye that contributes greatly to the quality presented by WMK Woodmark Studios. His shop is near Burgess and examples of John’s projects may be found here.